Mount Chimaera or Yanartas Where the Eternal Fires Burn... 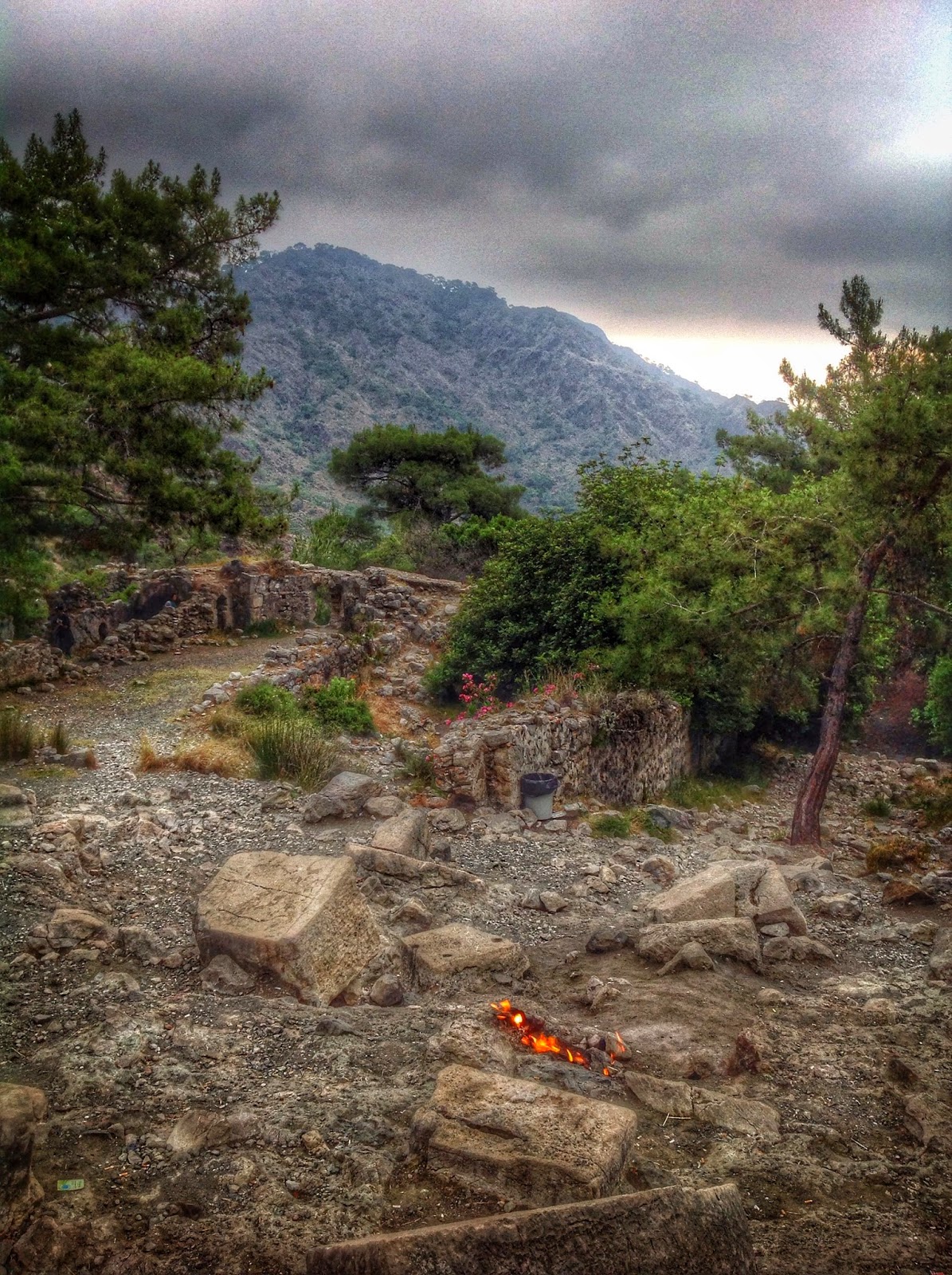 And she (Echidna) bore Chimaira, who breathed raging fire,
And she was dreadful and huge and fast and strong
And she had three heads: one of a green-eyed lion,
One of a goat, and one of a serpent, a gnarly dragon
(Lion in front, dragon in the rear, goat in the middle)
And every exhalation was a breath of pure flame.
Pegasos did her in, and noble Bellerophon.1


According to Greek legend, the hero, Bellerophon, who was visiting (or was exiled to) the Argolid, was accused of trying to ravish his host's wife, queen Stheneboia. The King fearing killing a guest under his roof sent Bellerophon to his father-in-law, King Iobates, with a note explaining the great offense Bellerophon had given to his daughter and to please kill him.  Iobates was also afraid of offending the gods by killing a guest in his home, so he sent Bellerophon on an impossible mission to kill Chimaera, the fire breathing monster with three heads who lived on top of a mountain in Lycia. Bellerophon riding atop Pegasus killed Chimaera. The eternal flames that are still burning at the top of the mountain that is referred to as Yanartas (Burning Rock) by the locals are supposed to be her breath. 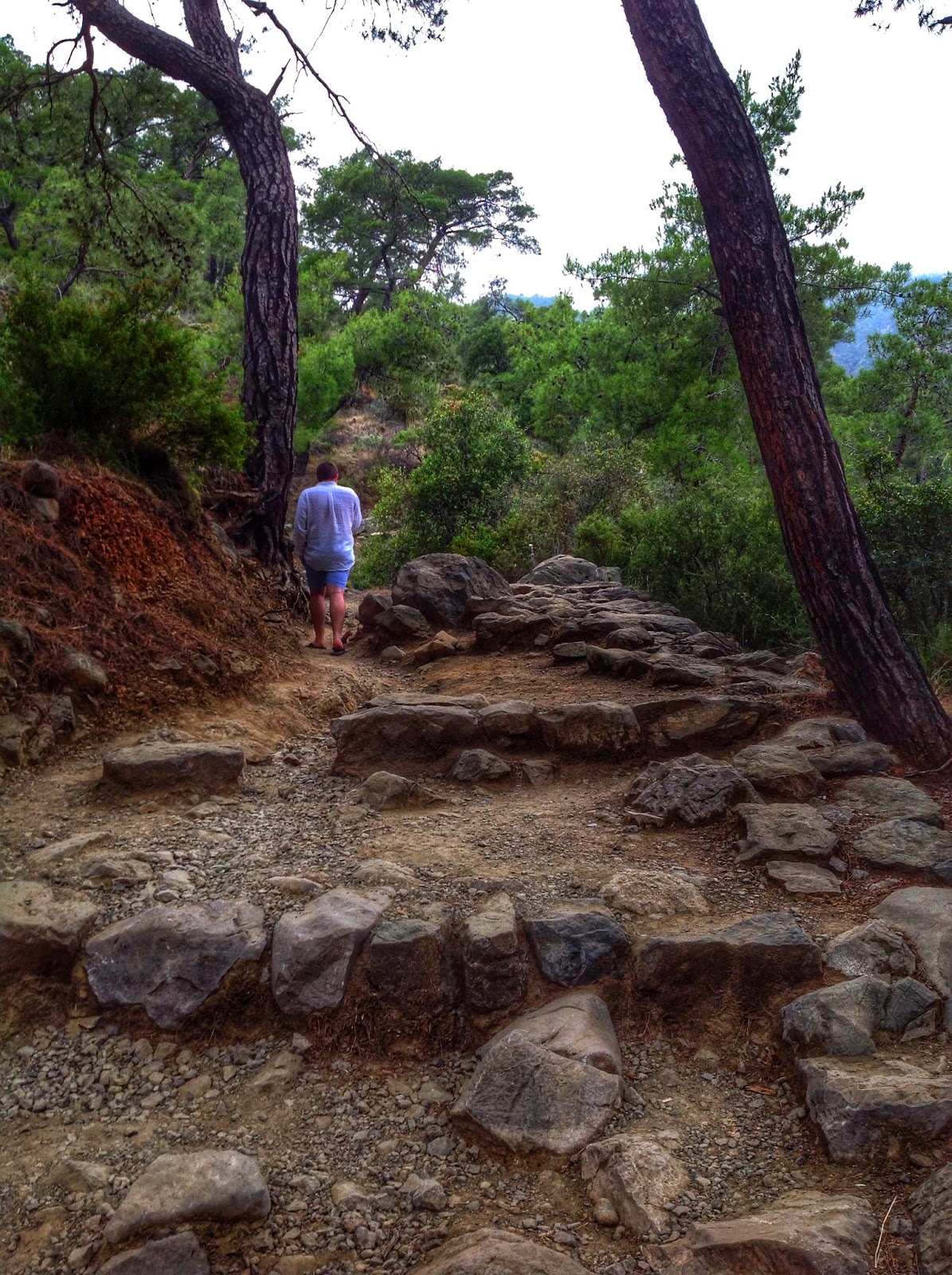 As visitors make their way through the village of Cirali, near Olympos, they will see signs for Yanartas which will take them to the bottom of the mountain where there is a small cafe and a make-shift giftshop. From here, in order to reach the top of the mountain where the flames are burning, it is a one kilometer, steep hike.  The views alone would make the climb worth it but the romance of traipsing on a site from ancient mythology is truly remarkable. 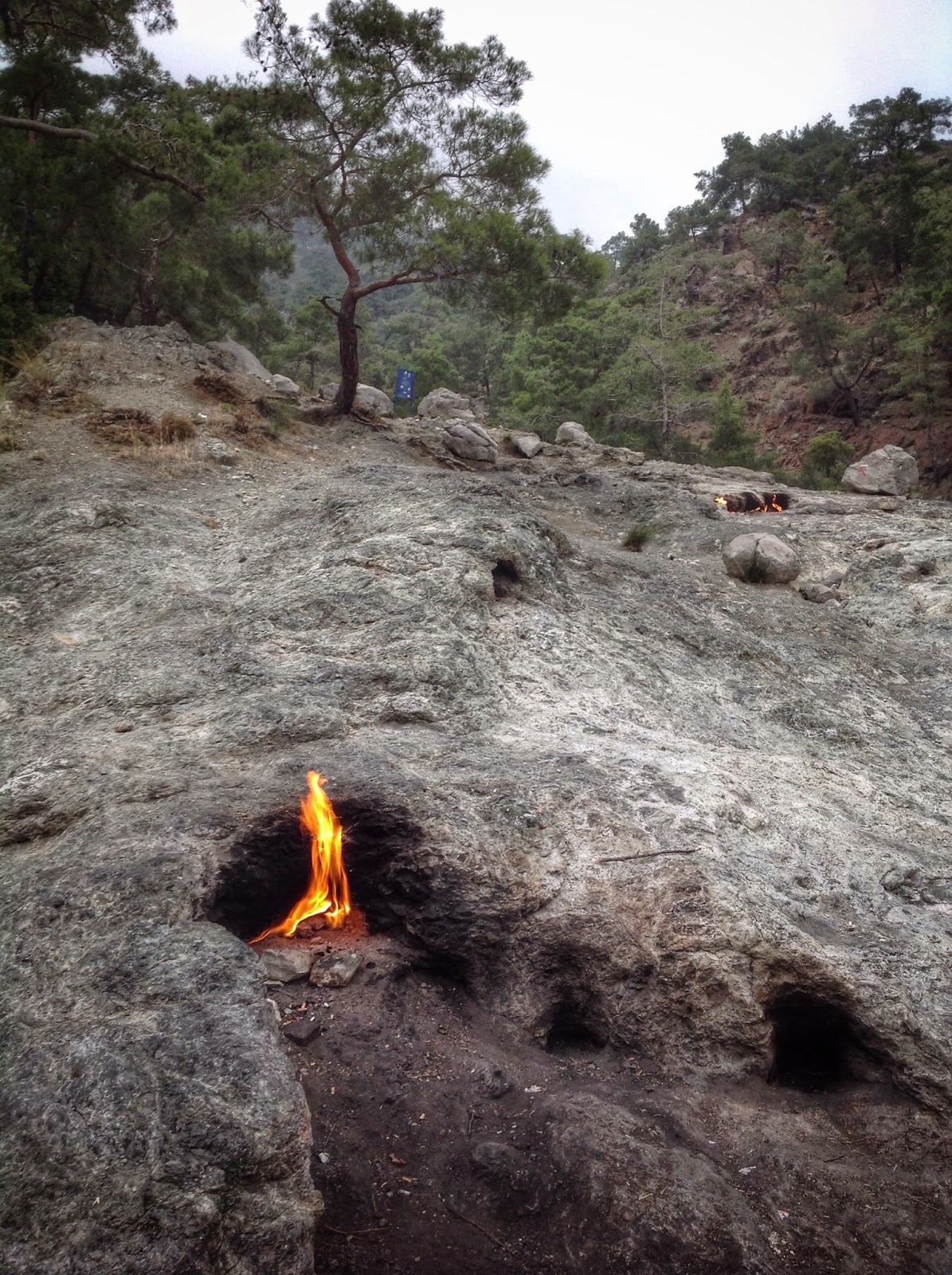 We made our way as the sun was setting but on our way down we ran into big groups who were coming up to see the fires burn at night. It was a joly crowd with people of all ages from little kids to people with canes.  For Turks, every occasion/ location deserves to be enjoyed with a nice glass of hot-brewed tea and Chimaera was no acception. There were some tea-making accoutrements and small cushions hidden away at the top of the mountain but we were early and could not enjoy a cup of tea made in the eternal flames of Chimeare. This, I am saving for the next time...

This was also a spot where, very appropriately, Hephaistos, the god of fire, was worshiped. 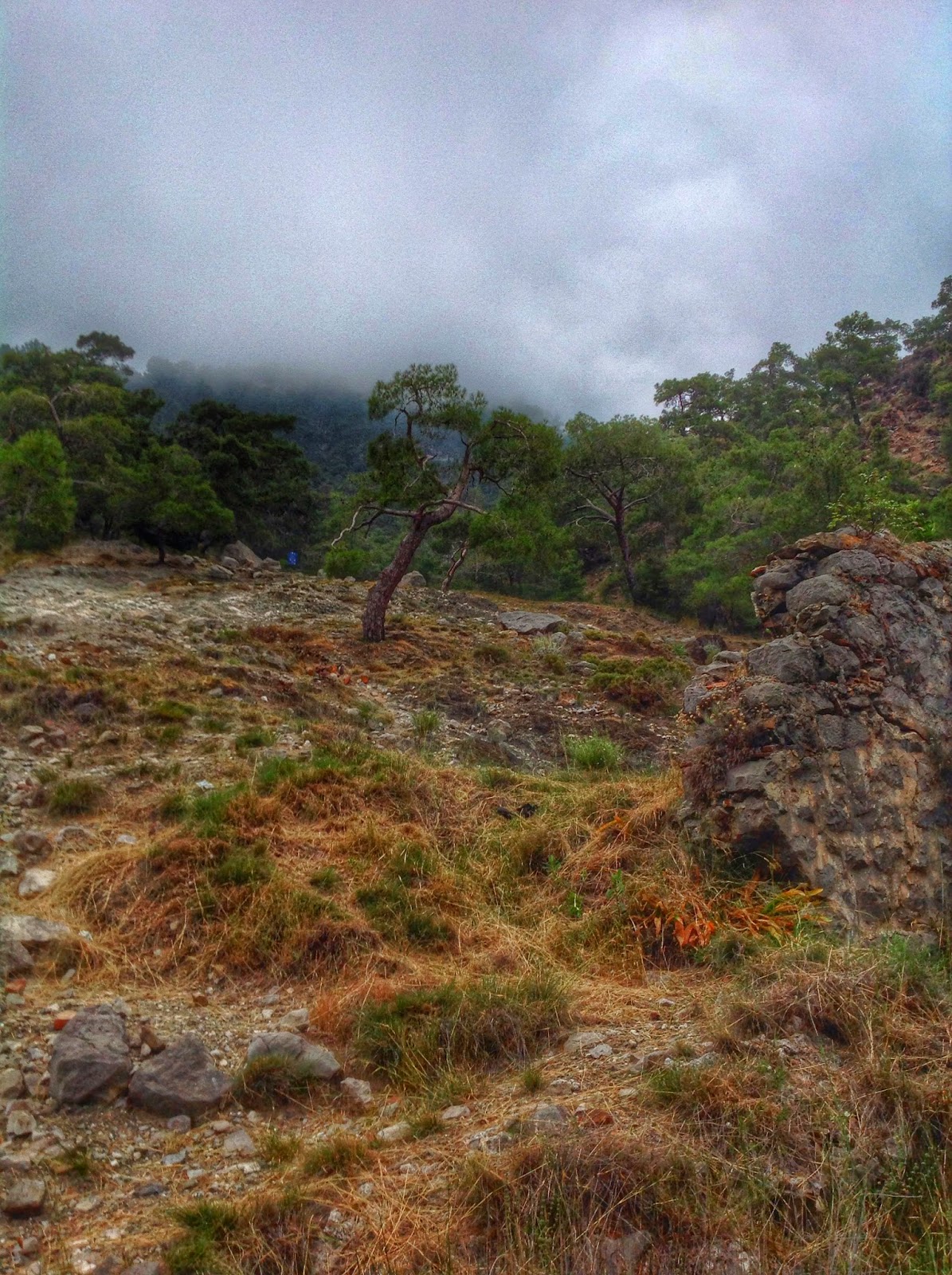