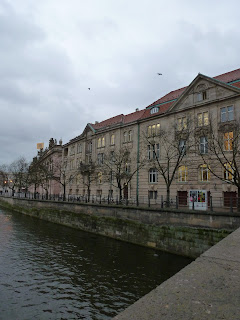 Berlin, the quintessential urban environment, young, vibrant, cosmopolitan and with over 170 museums and galleries, was a stopover I was really looking forward to. The Etap Hotel in Postdamer Platz, where we stayed was an incredible deal for a clean, acceptable, hotel room in a fabulous location and with Air Berlin's very reasonable prices to New York, a little getaway to Berlin became a very attainable objective. Since we only had two days and I was mostly interested in their museums, I can only write about my brief experience. 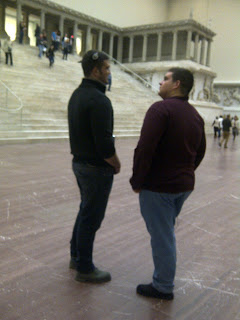 One of the top items on my "100 Things To Do Before I Die" list was to see the Pergamon museum in Berlin.  Being of Turkish origin, this museum that is made up of artifacts that have been displaced from the country of their origin, has always caused me some fascination. After many years of dreaming about it, finally being able to experience it in person, if such a thing is possible, was more than I had expected.  The amazement started with the institution's location - it out the museum is actually situated on Museum Island.  This island has five of the most significant museums in Berlin.  Even thought time was limited, we were able to fit in three of them in one day, since Thursday evenings the museums were open late.   The Pergamon museum is not only the home of the Pergamon Altar and Market Gate of Miletus but also the Ishtar Gate of Babylon from 6th century BC. The experience of this museum is so singularly unique that my son's declared  seeing anything after the Gates of Ishtar would be anticlimactic.
I still convinced them to accompany me to the Alte Nationalgalerie (Old National Gallery) with hopes of finding some of my favorite German Romantic artist's works. Although I couldn't find any of the works I was looking for by the Nazarenes, Caspar David Friedrich's collection made up for the loss.


After this I was on my own, so I took a very brief tour of the Altes Museum which houses the classical antiquities collection. Due a lack of time and energy, I only lingered on the first floor, focusing mostly on their classical Greek collection.

This concluded our first day in Berlin.  I just wish I could have gotten an earlier start and explored the other museums on museum island as well. That is going to have to be for another time. 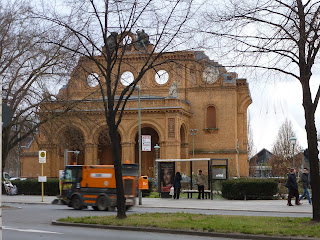 The hotel was right around the corner from the remaining gates of the old train station. It was a great location, most of our destinations being only around a 10 Euro taxi ride away. Postdamer Platz Arkaden, a major shopping center is only a seven minutes walk. 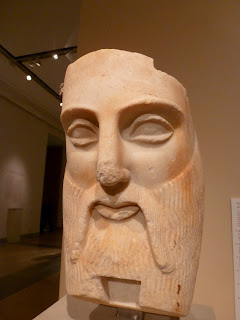 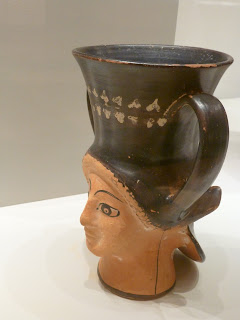