One of the Brightest Jewels in the Crown - Hagia Sophia 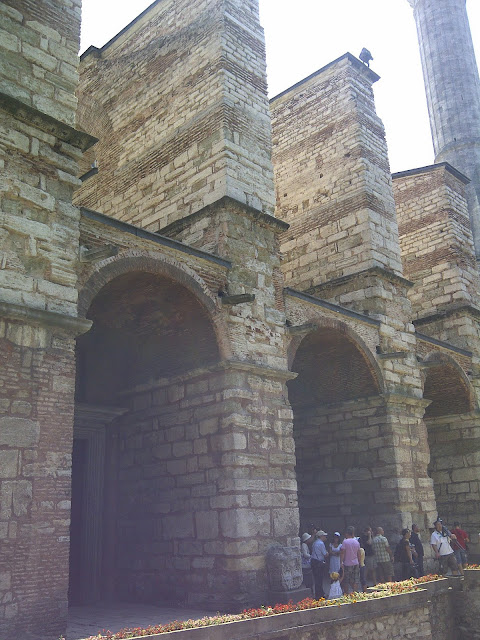 Istanbul, has such a rich history and wealth that even after serving as the capital for the Roman, Eastern Roman and the Ottoman Empires, and surviving through major earthquakes, fires, wars and being sacked and pillaged, there are still new discoveries being unearthed today.  Recently, during excavations for an underground tunnel, a Neolithic settlement dating back to the 7th millenium BC was exposed.

Everytime I come back to this city that has my heart, I can be assured of finding new delights and a feast for all of my senses.  This time was of course no different...

Istanbul is a city that is the culmination of layer upon layer of history and Aya Sofya (Hagia Sophia) is the most comprehensible monument to visualize this procession. 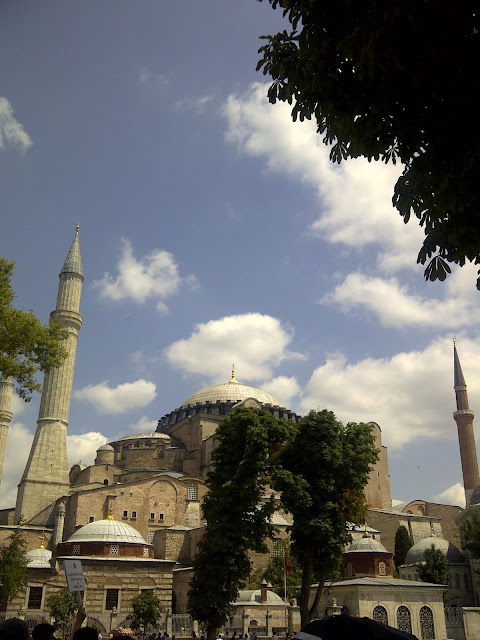 I started out my day with no plans past taking the metro to Sultanahmet, the heart of the historic district, to buy myself a new Muze Kart (a yearly museum membership card for Turkish citizens.) I purchased my card at the ticket counter at Hagia Sophia and hesitated for maybe a second before heading inside.  Even though, as usual, it was very crowded, I still took my chances, promising myself I would be out in a few minutes.  The minutes turned to hours and I was able to drag myself out of this shrine of art and culture in about four hours.

There is a decent audio tour that helps to understand the history of the church/mosque/museum.  I have to admit to being pleasantly surprised with all that I saw because there were so many improvements in the gift shop as well as new discoveries that weren't there the last time I had visited.  A visit to Hagia Sophia is an experience that mere words cannot do justice.  So I will try share the visuals I tired to capture as I walked around. 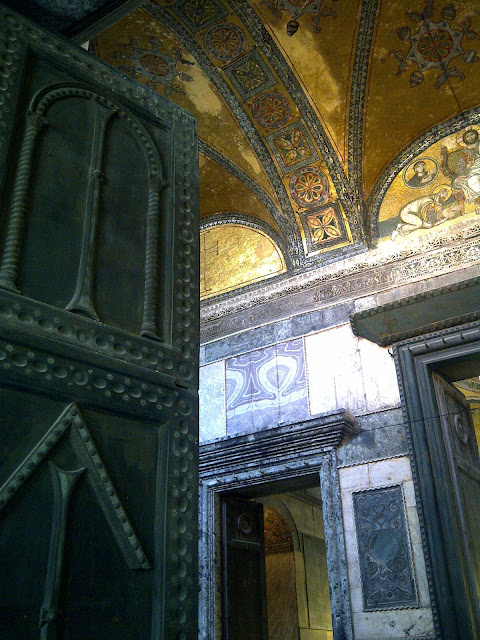 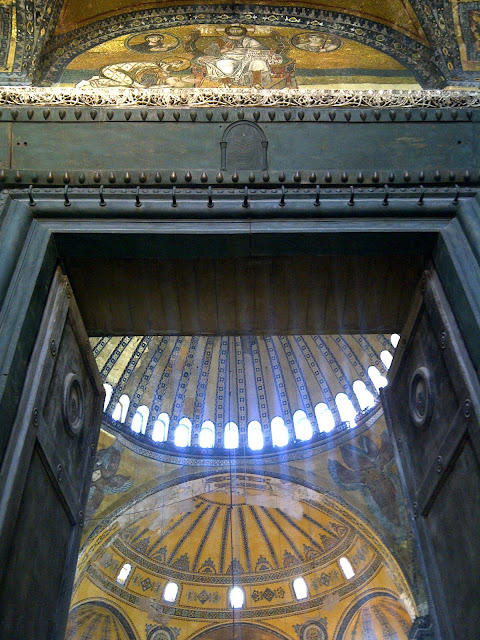 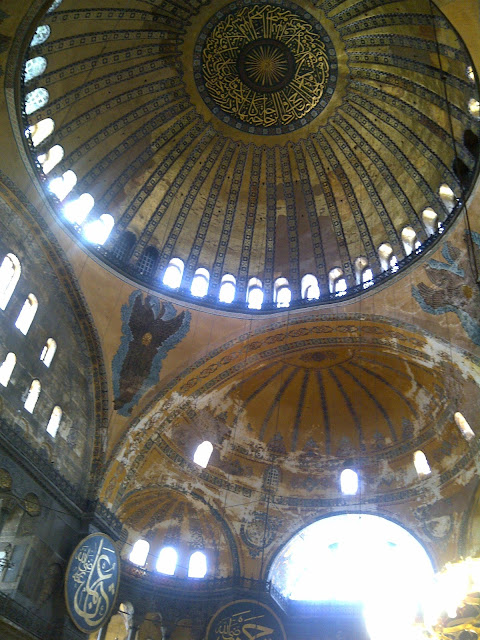 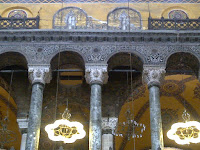 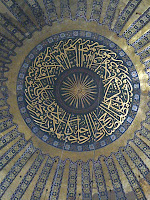 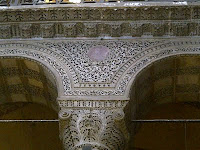 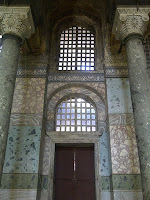 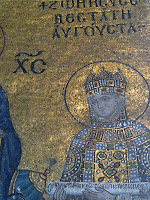 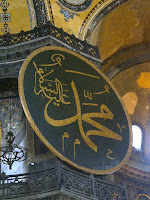 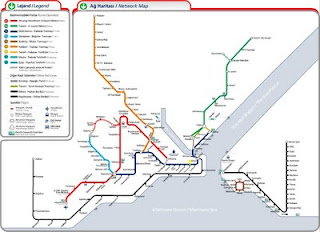 Transportation:  you can take the T1 tram between Kabatas and Zeytinburnu and get off at the Sultanahmet stop.
Posted by Sedef at 11:49 PM